This week’s adventure has been traveling the Avenue of the Volcanoes, and what a ride it’s been!

Drivers in Ecuador tend to be on the aggressive side – no more so in Italy or some other spots, but it takes some getting used to. Especially since we are riding around in a pathetically under-powered little Chevy something. Many of the uphill climbs have been accomplished in second gear, and that’s on a highway.  Switchback curves and steep inclines are the order of the day, and I found myself spending a lot of time hanging onto what some cultures refer to as the “Oh Jesus!” strap above the door frame.

Yes, this is a two way road, and that is indeed a bus barreling at us.

When we left Hacienda Cuisin, we thought it would be fun to take the scenic route.  Who wants to spend time on the highway, when you can ride through the country? The fact we hadn’t counted on was that the country roads are paved with cobblestones, if at all.  Oh, our poor rental car. 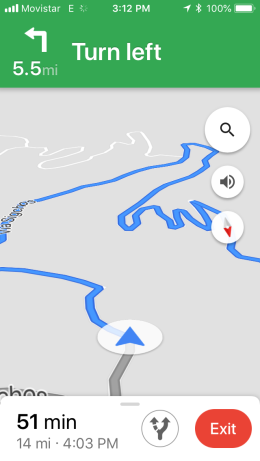 Notice the ETA? 51 minutes to go 14 miles.  And that was actually a bit optimistic.

Google maps confidently proclaimed that we were on exactly the right road, even though it showed we were driving through outer space.  Just as we were despairing of ever reaching our destination, we spotted it, sitting high upon a hill, with beautiful views of the surrounding countryside and two volcanoes. But spotting it was an altogether different matter from getting to it.  That took another 15 minutes on more cobblestones. By the end of the day, I thought I was experiencing shaken baby syndrome.

I must say, though, Hacienda de Los Morteños is stunning. The builders were clever enough to capitalize on the views – there are huge windows in every room, whether it be restaurant, common lounging area, or individual guest rooms. Our room faced east, and it was impossible to sleep past sunrise. It was a glorious way to start the day.

Hacienda de Los Morteños, named after the blueberry-like bushes in the area.

After our visit to the luxury hacienda, we decided to economize with a stay in a hostel. We blended right in with the backpacker crowd, as you can imagine.  Hostal Tatia Cristobal is sparkling clean, quaint and friendly, and for $34 a night they feed us breakfast and dinner! Plus it’s got llamas!! 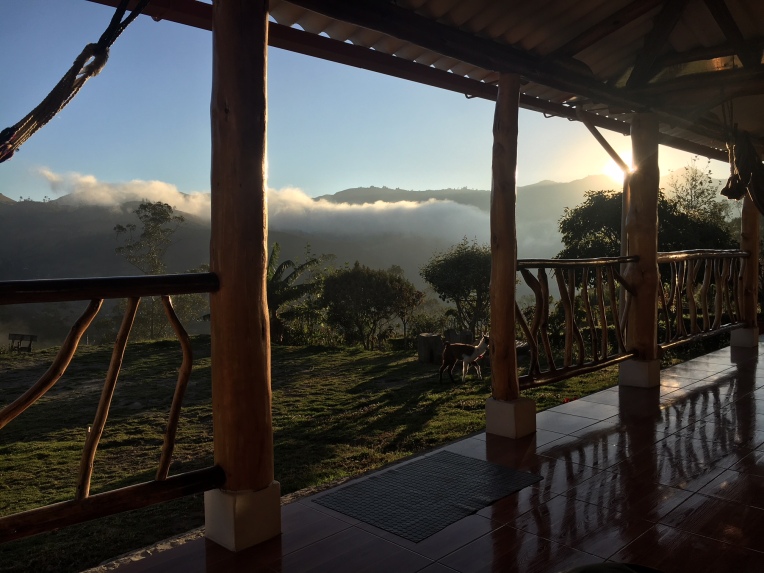